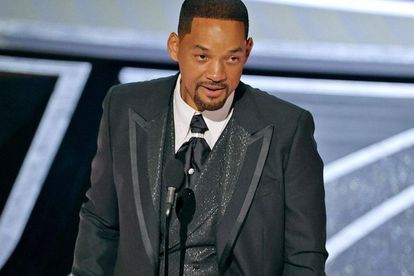 Following Will Smith’s Best Actor win at the BET Awards, tweeps are divided about whether he should’ve been nominated or not… Image via Twitter @YahooEnt

Following Will Smith’s Best Actor win at the BET Awards, tweeps are divided about whether he should’ve been nominated or not… Image via Twitter @YahooEnt

Three months after being the centre of controversy for slapping Chris Rock at the Oscar Awards, Will Smith is celebrating another win for his King Richard role. The American actor was named Best Actor at the BET Awards on Sunday 26 June for playing Venus and Serena Williams’ father and tennis coach, Richard Williams.

Although Smith beat out some of Hollywood’s top stars for the award, tweeps are divided about whether he should’ve won it…

In March, Will Smith shocked the world when he walked onto the Oscars stage and slapped Chris Rock across the face after an alopecia joke he made about Smith’s wife, Jada Pinkett Smith.

Minutes later, the 53-year-old actor collected his Best Actor in a Leading Role award for King Richard. After much deliberation, Smith was banned from the Academy for 10 years but that has not stopped him from scooping other awards.

Smith beat out the likes of Anthony Anderson, Denzel Washington and Forest Whitaker for the Best Actor win at the BET Awards. King Richard also won the Best Movie Award.

Tweeps are divided about Will Smith’s BET win following the infamous Oscars slap. While others are praising him for winning the award, others are questioning why he won.

“That’s Hollywood for you. Do whatever and still get awards. Phoney Utopia,” wrote one tweep.

“Did he slap anyone? No? Okay,” wrote another tweep.

“Your organisation should be ashamed for acknowledging Will Smith. He treated another person with a level of disrespect that should ostracize Smith from the public arena.”

“Every time I talk him, he always says everything is in divine splendour, ya know, so he’s good,” said Bartholomew.

“It’s always good to chat with him.”