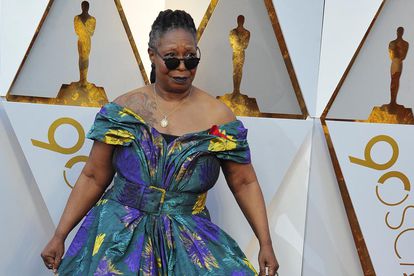 Whoopi Goldberg is set to launch a new cannabis brand. The 65-year-old star ended her partnership with Maya Elisabeth on their Whoopi & Maya line in 2020 after four years but she’s now preparing to get back into the market with a product line named in honour of her family members.

The ‘View’ star is expected to share details of the new venture in the inaugural issue of Black Cannabis Magazine, of which she is the cover star.

The magazine will launch on 20 April, which is unofficially known as National Weed Day.

Whoopi said: “It’s an honour to grace the very first cover of Black Cannabis Magazine… As a long-time cannabis advocate and entrepreneur, I’m happy to support the launch of a new publication focused on starting conversations and covering issues that educate, entertain, and inspire people of colour in the cannabis community.”

The ‘Sister Act’ actress suggested last year she’d be returning to the cannabis industry one day, despite Whoopi & Maya folding.

She said at the time: “It is with deep regret and sadness I am announcing that I have withdrawn as a board member, manager and member of Whoopi & Maya. I am very proud of what we have accomplished together and look forward to moving ahead with other projects in the market.”

Meanwhile, Whoopi recently called for cops to re-learn “how to police” in the wake of the Black Lives Matter movement.

She said: “Well, racism is in the heart of the country. You can’t get away from it, children are taught it without realising that that’s what they’re learning.

“And then, you know, the good cops have to call out bad behaviour so we can get rid of the bad cops and reteach police departments around the country how to police again. Because now they’re soldiers, and we’re not in a war, we’re not in wars in our towns and neighborhoods.

“So, they must relearn how to police. And that is going to take the action of the federal government.”