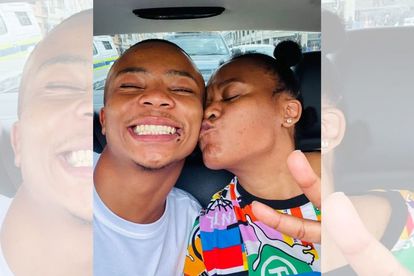 Ricardo and Zodwa Wabantu are allegedly having a bit of trouble. Image via Instagram
@zodwalibram

Ricardo and Zodwa Wabantu are allegedly having a bit of trouble. Image via Instagram
@zodwalibram

Zodwa and her “Ben 10” boyfriend Olefile Mpudi, aka Ricardo, are Instagram official!

And while she’s had to fend off rumours that her boyfriend is gay, the dancer seems happy and content with her new younger lover.

1. HE OWNS HIS OWN FASHION LABEL

Ricardo is the founder of streetwear brand SOP (sauce of pride) which sells items like hoodies, T-shirts and caps.

The up-and-coming star is a promotional model and loves to strike a pose.

3. HE HAS PIERCINGS AND TATTOOS

Ricardo has a lip piercing and has various tattoos along his lower right arm, including images of a cross, a soccer ball and the symbol for a heart and peace sign.

4. HE HAS A GIRLFRIEND, AND SHE’S NOT ZODWA…

According to reports, Ricardo has a main chic called Kgomotso and Zodwa is fully aware of it!

Zodwa first revealed her boyfriend’s love triangle during her appearance on Lasizwe’s YouTube show Drink or Tell the Truth.

She told the reality star: “Right now at home, there is a Ben 10, He is not famous, he works. I have been in lockdown with him.

“When I go parting, my boyfriend has a girlfriend so I don’t care…but he has been with me endlini (at home) but he hasn’t moved in with me.”

The dancer even sent her bae’s other woman a shady message on social media!

Ricardo celebrates his birthday on 20 September, although it’s unclear how old (or should we say young) he is.

Virgo personality traits include being loyal, loving and a quick thinker.