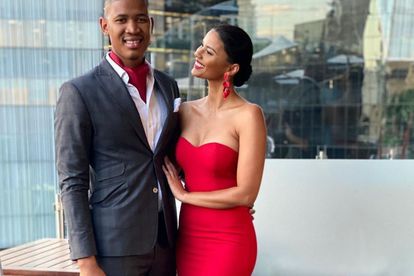 Ze Nxumalo keeps a low social media profile, so what do we really know about him? We’ve done some digging and here are five things to know about Dr Tamaryn Green’s fiancé.

Who is Ze Nxumalo?

1. HE IS A ‘SERIAL’ ENTREPRENEUR

Nxumalo has been titled a “serial entrepreneur” by News 24. In 2014, Nxumalo invested in transport company Uber. His business venture was successful as we on to buy a fleet of Uber cars and employ drivers in a short amount of time. He later became an independent advisor to SA Taxi, the biggest minibus taxi finance provider in the country.

“I believe that if you give it your all, you will succeed. I didn’t allow my age to be a stumbling block. When I walk into a room, I am just as smart like everyone else, and just as qualified to do what I do as the person I am meeting with,” said Nxumalo to News 24.

He is also the founder of ZIG Holdings, a youth investment holding company which later became the enterprise development partner to EOH, a Johannesburg Stock Exchange listed entity that he advised and consulted for. He is also executive director and youth empowerment partner of Richmark Holdings.

Nxumalo matriculated from Kearsney College in Durban in 2010 and went on to study a Bachelor of Law degree at the University of Witwatersrand in Johannesburg.

“Most people I look up to studied law: Nelson Mandela, Patrice Motsepe, even our current president, Cyril Ramaphosa,” said Nxumalo according to Fin24.

3. HE WAS BORN IN JOHANNESBURG

According to The Citizen Nxumalo was born in northern Johannesburg but spent most of his time in Durban, KwaZulu-Natal. He also comes from a big family as he has seven siblings.

According to Fin24, while in his second year of studying, his friend and Olympic medallist Chad le Clos convinced him to return to swimming after he stopped in his matric year to focus on his academics.

“I used to swim with him. We swam for the same swimming club and he convinced me to come back,” said Nxumalo to Fin 24.

With such a long list of accomplishments, you would assume the entrepreneur is much older than he actually is. According to You Magazine, Ze Nxumalo celebrated his 27th birthday in June last year which means he turned 28 last month.

The age gap between the couple is just one year as Green turns 27 in August this year.