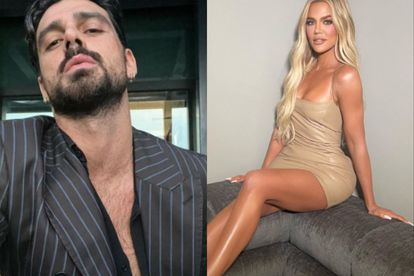 Twitter was abuzz after photos of Khloé Kardashian cosying up to Michele Morrone went viral over the past weekend. Here’s what we know about Michele and his relationship with Khloé.

Khloé Kardashian was spotted cosying up to Michele Morrone at the Dolce and Gabbana fashion show at Milan Fashion Week this past weekend. The reality star attended her sister Kim Kardashian’s Dolce and Gabbana “Ciao, KIm” show – along with her mom Kris Jenner and nieces North (9), Chicago (4) and nephew Saint (6).

Michele shared a photo of himself with Khloé from backstage, In the photo, Michele is seen with his hands around Khloé’s waist. The photo went viral on Twitter.

While many believed that the pair were dating… Michele has responded to the romance rumours. According to Page Six, the pair met for the first time at Milan Fashion Week. A rep for the actor told the publication that he is not dating the reality star. The publication also reports that the D&G PR team asked the pair to take the photo together and they agreed.

While the pair may not be romantically linked, here’s five things to know about the actor.

ALSO READ: ‘Tristan should be ashamed’: Tweeps on #TheKardashians

The 365 Days star hails from the town of Reggio Calabria in southern Italy. He was born on 3 October 1990, which makes him 31 years old.

The actor was married to fashion designer and artist Rouba Saadeh from 2014 to 2018.

Michele and his ex-wife Rouba have two songs together – Marcus and Brando.

“I love spending time with my kids. My son Marcus is eight, and Brando is five. Being a dad is one of the most amazing things life can give you. We love to go to the beach and just relax, play, or I’ll grab my guitar and start making music,” he said to People.

5. MICHELE IS ALSO A MUSICIAN

Aside from being an actor, he is also a model, fashion designer and a musician. He released his first full album at the age of 25.