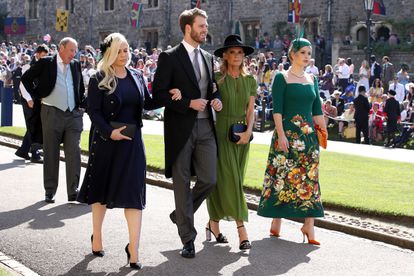 Publicity-shy Louis Spencer, Princess Diana’s nephew and England’s “most eligible bachelor”, recently made headlines after his sister, Kitty, said that he will inherit their childhood home in Northamptonshire.

According to the Mirror, the 27-year-old Louis or “Prince Harry Lite” is the spitting image of his red-haired cousin and will inherit the 13 500 acre Althorp estate despite him having three older sisters.

Ever since he became the “poster boy” for male primogeniture according to the Daily Mail, many royal fans wonder how he has remained out of the spotlight for so long with the answer pointing to South Africa.

Growing up in South Africa

According to 2OceansVibe, Louis mostly grew up in Cape Town and went to school at Diocesan College, commonly known as Bishops. The British educational principle that Bishops was founded upon would have played a role, considering how it has always been a tradition for the Spencer heirs to be educated at Eton or Harrow.

His father, Diana’s brother, Charles, 9th Earl Spencer, and his mother, Victoria Lockwood, actually moved their four kids to South Africa, a year after Louis was born in 1994, for the sake of privacy.

Louis returned to Britain as a student at Edinburgh University and is currently aspiring to be an actor.

According to The Telegraph, friends of Louis have described him as a quiet man and a talented actor.

One was reported to have said: “He’s super private and gets on quietly with his thing. He’s a very talented actor and, I think, will be a brilliant one. You’d like him. He’s very low-key and genuine, decent and kind – and tall.”

Jonathan Shalit, chairman of the InterTalent agency, also said of the budding actor: “In terms of judging his potential there’s what he looks like and his family name … The Americans will love him, in particular. He’ll get some good roles from his name alone. And he’s good looking.”