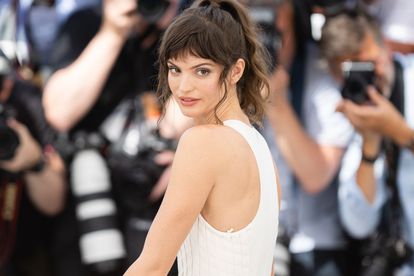 Charlbi Dean is best known for her roles in ‘Spud’, ‘Black Lightning’ and ‘Triangle of Sadness’. Image via Twitter @IndieWire

Charlbi Dean is best known for her roles in ‘Spud’, ‘Black Lightning’ and ‘Triangle of Sadness’. Image via Twitter @IndieWire

Dean recently wowed film lovers in Triangle of Sadness, a comedy film starring Woody Harrelson and Harris Dickinson. She is also best known for her role as Amanda in Spud.

Here are five things to know about Charlbi Dean.

1. CHARLBI DEAN IS FROM CAPE TOWN

As per Interview Magazine, Charlbi Dean was born and raised in Cape Town, Western Cape and kicked off her career as an actress and model at 14 years old. She told the publication that she was discovered through her mother who was also an actress and started off by featuring in television adverts.

The star actress reprised her role in Spud 2:The Madness Continues but did not return for the third Spud film.

3. SHE WAS A HARD WORKER

Justin Polkey, a South African-born London-based photographer, met Dean when she was 14 years old and described Dean as an already “busy working woman”.

“I had photographed her as a model before but now was vastly more inquisitive about her blossoming acting career,” Polkey wrote in the blurb of a photo article.

4. CHARLBI DEAN IS BEST KNOWN FOR HER ROLE IN ‘BLACK LIGHTNING’

After appearing in Spud 2: The Madness Continues in 2013, Dean landed her first Hollywood role in 2016 in the thriller film, Blood in the Water, directed by Ben and Orson Cummings.

She is best known for her role in the superhero series, Black Lightning, which premiered in January 2018. The series was based on a DC Comics character of the same name.

5. ‘TRIANGLE OF SADNESS’, HER MOST RECENT ROLE