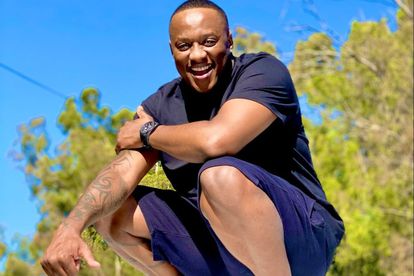 In 2021, Jub Jub was basking in the success of his reality TV show Uyajola 9/9. This is because the show, which he hosts, seemed to find its way onto the top of Twitter trends every time it aired. Things got so good for Jub Jub – real name Molemo Katleho Maarohanye – that he went on MacG’s Podcast and Chill to show off his cocky side.

This appeared to be the worst decision he could make after his comments on the show led to a shocking accusation made against him by his ex, Amanda du Pont. He has now seemingly gone into hiding!

Has Jub Jub disappeared off the face of the earth?

Jub Jub was quite controversial as a host on Uyajola 9/9 and left people questioning his rude attitude towards people who appeared with him on the reality TV show.

Despite this, he became a household name as people across South Africa tuned in to watch the Mzansi version of Cheaters. The season came to an end in November last year and he appeared to be on a high because of its success.

He soon took a seat at podcaster MacG’s table and made some comments about his past relationships with actress Amanda du Pont and singer Kelly Khumalo.

Amanda did not take lightly to him mentioning her on the show and shortly afterward, accused the TV host of raping her during their two-year-long relationship.

The accusations resulted in the media personality apologising to Amanda for discussing her on the podcast while his mother took other action to silence both Amanda and the other women who came forward to accuse her son of rape.

The only person who has really been silenced however is Jub Jub himself.

Ever since the drama that ensued after his chat with MacG, he hasn’t said a word. This is particularly strange because the TV host is usually very talkative and opinionated.

Many of his fans have expressed concerns over his sudden silence while wondering out loud whether he will yet again make a comeback.

Guess we will all have to wait and see…