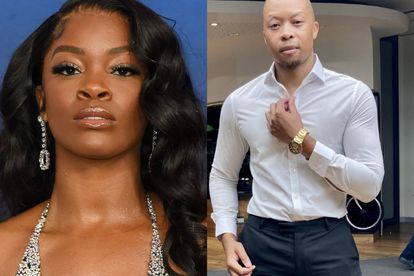 In January this year, Ari Lennox took on an army of MacG’s Podcast and Chill fans after the controversial podcaster asked her an uncomfortable question about her sex life during an interview. Lennox dished out insults to some tweeps, going as far as calling one tweep “a thumb”. Social media influencer, Michael Bucwa, popularly known as Mr Smeg, is the latest South African to get on the 31-year-old singer’s bad side…

Mr Smeg has built a reputation for being a kind-hearted social media influencer and often compliments some of Mzansi’s top celebs. This time, it seems one of his compliments was not well received…

On Tuesday 13 April, Mr Smeg took to Twitter to compliment Ari Lennox’s beauty and asked when she was planning a visit to Mzansi.

In a now-deleted tweet, Lennox responded by writing: “No thanks Smegma! Your entire existence is nauseating.”

According to Healthline, “Smegma” refers to a “buildup of dead skin cells” found on male genitals.”

“Smegma” shot to the top of Mzansi’s Twitter trends as tweeps are stunned by Ari Lennox’s response.

“Imagine being called a Smegma and nauseating. I will deactivate my account,” wrote one tweep.

“Calling someone Smegma for being an innocent fan is crass. Don’t come to South Africa.”

During an interview with MacG on Podcast and Chill, the podcaster asked Lennox: “Is someone f**king you good right now?”, making reference to one of her songs.

Lennox described the interview as “creepy” and vowed never to do interviews again.

“As for interviews, I’m not doing them anymore. There’s enough lives and interviews out there already… I’ve been my most happiest creating music and exploring life sober. I’m not allowing anything to tamper with my peace anymore,” she wrote in a now-deleted tweet.

WATCH A CLIP OF THE INTERVIEW HERE

A post shared by Podcast and Chill with MacG (@podcastwithmacg)