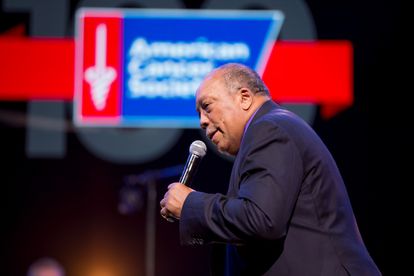 Music producer and composer Quincy Jones has launched a Tik Tok account and fans are here for it. Image: American Cancer Society via Flickr

Music producer and composer Quincy Jones has launched a Tik Tok account and fans are here for it. Image: American Cancer Society via Flickr

The 89-year-old American record producer and all-round musical craftsman has recently launched his Tik Tok. According to The Source, Jones announced he had joined the platform on Tuesday 4 October 2022. Jones has already posted two videos to the platform. His endearingly family-friendly content features him speaking words of wisdom as musics swells up in the background.

“From bebop to doo-wop to #hiphop to TikTok…ya gotta go to know…so that’s what I’m doin’! Lookin’ forward to sharing more with U here. Keep on keepin’ on!,” says the caption to his first post on the platform.

In his first video, he speaks about manifesting one’s dreams. ” If you can see it, you can be it. Most of your dreams don’t get achieved…not because someone told you no, but because you told yourself you couldn’t,” says the RnB legend. “No matter how many people got it, there is only one you. You can’t break the rules you have to master them.”

In his second video, he tackles the complex topic of collaboration in music.

” Music is a strange animal. Whenever you work with other people, it takes such a tremendous amount of love, respect and trust. I found out real (sic) early why God gave us two ears and one mouth.Because you’re supposed to listen twice as much as you talk.”

With 24 Grammy Awards and a record 80 nominations for the accolade, Jones has plenty of inspirational stories behind him. The octogenarian’s career spans 70 years, during which he has worked behind some of the world’s biggest record hits. He produced Micheal Jackson’s record breaking 1982 album, Thriller and later, produced his 1987 album Bad.