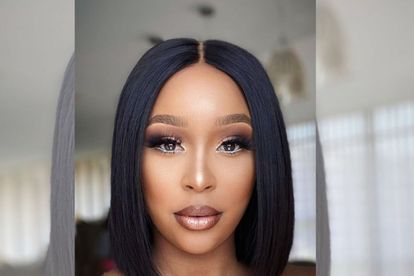 Actress and TV host Minnie Dlamini-Jones, has added the title of executive producer to her long list of accomplishments for the second time.

Jones took to her social media channels yesterday (23 September) to announce that her second film, Goodbye Gogo is now available to stream on Showmax.

She thanked her team and posted a teaser of the film which stars Imbewu: The Seed actress and the matriarch of Goodbye Gogo, Thembi Mtshali-Jones.

“So proud of everyone who made this film happen from our legendary lead @mtshalijones as our matriarch to the incredible cast.”

“Thank you to my @beautifuldayproductions crew I love you ALL.“

The actress also thanked her long-term friend Khaya Mthethwa, for assisting her with the score for her latest movie.

The former Live Amp presenter also took to her social media accounts a month ago, to announce her role as an executive producer in a film titled PA.

She also revealed to her followers that she’s a storyteller and that she’s blessed to express her passion in multiple mediums.

“Here is one of my hidden (not anymore) talents.”

“I created a beautiful story about love that transcends racial prejudice.”

“I got to work with my genius brother @junkieflo who with a talented team of writers brought our story to life in the @kyknettv movie called PA.”

“It’s always about breaking the mould and not allowing myself to be boxed into a category,” she wrote.