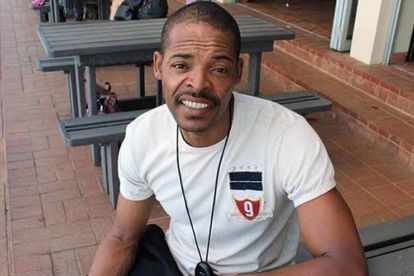 Award-winning actor Israel Matseke-Zulu who played Don in Gomora and trended after he had his right leg amputated recently participated in the #AdiweleChallenge.

Fans of the star now have hope that he might return to the Mzansi Magic telenovela.

Former Gomora actor Israel Matseke-Zulu – who trended in December for having his right leg amputated, recently participated in the #AdiweleChallenge.

He uploaded a video on his Instagram account doing the challenge with his management team while sitting down.

Masteke-Zulu is accompanied by Takie Nemangowe, the Alex FM Station Manager, and his manager MaVusana in the video.

Sunday World stated that the actor’s operation took place at a Sandton hospital.

Matseke-Zulu took to social media to reveal that he had to exit Gomora due to his health struggles.

“It is true that I have been diagnosed with a disease, which severely affected the functioning of my legs making it difficult for me to walk properly and function well on set during the filming.”

Fans were devastated when he exited the telenovela back in November and flocked to his pages to find out what happened.

He revealed that he asked to be written off the show to deal with a medical issue, he said in a statement.

“The growing demands of my job at Gomora made it difficult for me to give my all to the show due to this illness that effectively rendered me semi-crippled.”

“I appreciate the show producers and fellow actors for their understanding and for carrying me until the end.”

“I thank everyone for the kind messages and prayers during this time.”

“I thank my family and friends for the support and being by my side.”

“My God and ancestors are working wonder on me. I can assure you, GP-MaOrange will be back very soon! Spirit!”