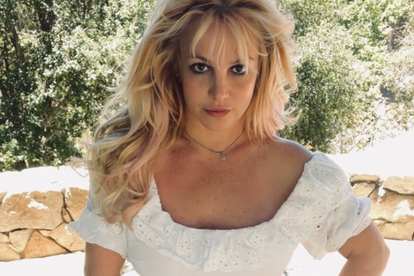 Britney Spears says she’s on the right medication following the end of her conservatorship. Image via Twitter: @britneyspears

Britney Spears says she’s on the right medication following the end of her conservatorship. Image via Twitter: @britneyspears

On Friday 12 November, Judge Brenda Penny ruled that Britney Spears’ conservatorship was officially terminated. The news was met with celebrations across the world. Britney who had started opposing the conservatorship in 2019, celebrated with a glass of champagne while dining with fiance Sam Asghari.

Britney Spears cheers to freedom with a glass of bubbly

After 14 years of sobriety, pop star Britney Spears had a glass of champagne to celebrate the end of her conservatorship. On Friday last week, Britney headed to court where the judge officially terminated the guardianship that lasted for 13 years.

Britney decided to go sober after a public break-down in 2007. She seemingly decided that the glass of champagne was well-worth ending her sobriety cycle.

Heading to her Instagram on Sunday 14 November, Britney shared with her 3.3 million followers that she and fiance Sam Asghari were celebrating her freedom at Catch in West Hollywood.

ALSO READ: Paris, Britney & Lindsay: The ‘Bimbo Summit’ is back on track!

“What an amazing weekend. I felt like I was on cloud 9 the whole time. I actually got my first glass of champagne at the most beautiful restaurant I’ve ever seen last night!”

She also added that she would be celebrating her B-day for the next two months while thanking her lawyer Mathew Rosengart for “helping her turn her life around”.

The Piece of Me star then goes on to thank her fans for helping her celebrate her long-awaited freedom.

“What a sight, seeing so many people celebrate my victory. I love my fans so much. So thank you,” she writes while asking her followers not to laugh at her shoulder pads in a previous post.

Britney has since deleted her post but shared another one that suggests that she won’t stop drinking any time soon.

“Friendships must be built on a solid foundation of alcohol, sarcasm, inappropriateness, and shenanigans,” reads the post.