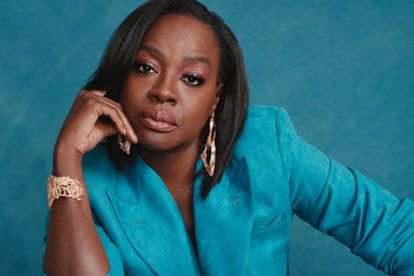 Oscar-winning actress Viola Davis sat down with seasoned television host Oprah Winfrey to discuss her new memoir, Finding Me. In the memoir, the powerhouse actress discusses her humble beginnings in New York City, her mother’s abuse at the hands of her father and navigating the world as an actress.

‘FINDING ME: A MEMOIR’

As per Harper Collins, Viola Davis describes her book as “a deep reflection, a promise and a love letter of sorts to self”. “As I wrote Finding Me, my eyes were open to the truth of how our stories are often not given close examination,” says the How to Get Away with Murder actress.

“I wrote this for anyone running through life untethered, desperate and clawing their way through murky memories, trying to get to some form of self-love. For anyone who needs reminding that a life worth living can only be born from radical honesty and the courage to shed facades and be…you”.

The 56-year-old actress’ book is already on sale in South Africa.

VIOLA DAVIS ON MEETING HER HUSBAND

IN her memoir, Viola Davis also discusses how she met her husband, film and television producer, Julius Tennon. Speaking to Oprah in a new Netflix special, Davis recalled praying to God for the perfect man to come into her life. A few weeks later, she met Tennon. The couple has been married for 19 years.

“I got on my knees, I said I want a big black man, from the South who’s probably been married before, has kids, cause I don’t want any pressure in that department.”

“Someone whose maybe been an actor or understands the artistic community, someone who goes to church and loves God.”

“Three and a half weeks later, I met Julius from Texas. Ex-football player, cause that’s one of the things I put on the list.”

WHAT THE REVIEWS SAY

Viola Davis’ Finding Me has received exceptional reviews from reviewers. USA Today refers to the heartfelt memoir as “an unvarnished chronicle of hard-won, well-earned success”.

The Chicago Sun Times writes: “David writes a blistering memoir, not a rueful remembrance told in the kind of polished prose that suggests, well, it wasn’t all that bad”.