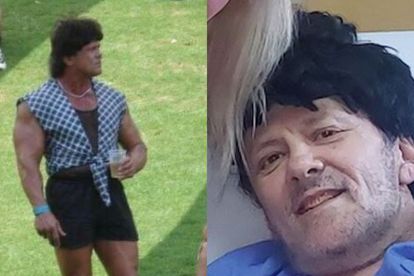 Fans have rallied together to assist Cassie Booyse, better known as Vernon Koekemoer with donations for his medical bills. The internet sensation is fighting for his life in hospital following three failed hip operations. Through an online crowdfunding campaign, fans have donated more than R100 000 to assist Koekemoer.

VERNON KOEKEMOER IS FIGHTING FOR HIS LIFE

In September, the Boksburg Advertiser reported that Vernon Koekemoer was waiting for a bed at the Charlotte Maxeke hospital in Johannesburg. The publication added that the 66-year-old was on antibiotics and was receiving treatment to improve his blood circulation following his three unsuccessful hip operations.

“At least he can eat, drink and talk now. However, he still can’t walk. We’re just hoping that he can find a bed at Charlotte Maxeke soon,” said the internet sensation’s life partner, Linda Coetzee.

After the heartbreaking news was posted online, an internet campaign was created for South Africans to assist with finances for Koekemoer’s medical bills.

Koekemoer went viral in 2008 after a photograph of him at a H2O party in Boksburg went viral. The H2O party organisers created a Back a Buddy page to assist him and as per GoodThingsGuy, more than R100 000 has been raised for Koekemoer.

The fundraising target has been surpassed and it is reported that R103 000 had been raised for the local internet sensation.

“We just wanted to thank all our donors for their care, motivation and financial support. Your contributions mean a lot to us. This will help Cassie get well again. Thank you for your assistance during this tough time in our lives. It is greatly appreciated,” said Coetzee.

Jacaranda FM assisted Koekemoer and Coetzee with R30 000 for living expenses following his unsuccessful hip operations. The radio station also helped the internet sensation with a hip replacement specialist to help him.

According to the Boksburg Advertiser, due to Koekemoer’s association with Nando’s the brand also chipped in with R87 000 to help Koekemoer. The internet star appeared in a Nando’s advert in 2010.