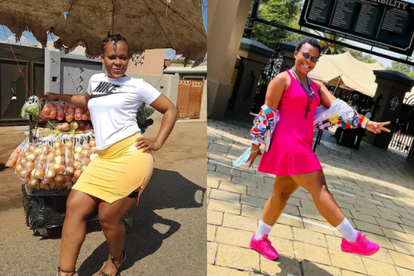 South African exotic entertainer Zodwa Wabantu is constantly finding new ways to secure the bag. She recently headed online to share that she has started a new business venture and whether or not it was a joke, many of her doting fans thought it was amazing how she appears to be able to pull off just about anything when it comes to making money for herself.

The post quickly went viral as Zodwa was showered with praise.

Zodwa Wabantu first became famous for showing off her curves in a see-through dress that covered basically none of her private areas.

Since then, Zodwa has become a household name and performs at events and nightclubs while wearing clothes that leave nothing to the imagination.

While she has been heavily criticised for this, Zodwa makes a pretty decent living and can’t be bothered with what naysayers have to say.

In fact, the curvaceous and outspoken media personality constantly finds ways to make some more money and recently headed to her Instagram to share that she is now a street vendor who sells vegetables.

While there may be little proof to the post, Zodwa received high praise from her fans who showered her with good words because of her hardworking and go-getter attitude.

“Zodwa is indeed a hustler, during the first lockdown she started selling eggs. Well done.”

“I am not surprised at all, Zodwa really knows how to hustle.”

“Wow thank you girl, teach them to put their pride aside and create jobs for themselves and not to blame others for job scarcity.”

One person, Nobuhle Nxumalo didn’t believe it at all and said: