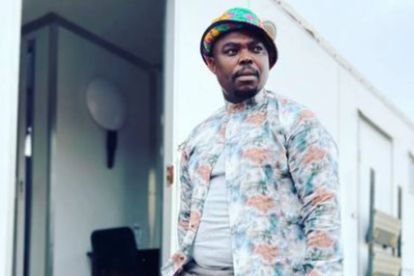 Seasoned actor Siyabonga Shibe who is popularly known for playing one of the Majola brothers in The Wife and Qhabanga in Uzalo has rubbished rumours that he’s using drugs.

This is after a YouTuber Lalela MFT began rumours that the actor admitted to using drugs and that Uzalo rescued him when he was down.

‘SOMEONE WANTS TO TARNISH MY NAME’: SIYABONGA SHIBE

The actor Siyabonga Shibe who’s played roles in Rockville, Uzalo, The Wife, and many more shows says the allegations made by the YouTuber are piss*ng him off.

Shibe told Daily Sun that he’s never used drugs in his life and says he’s always warning the youth to not engage in drugs.

He’s also found out that the YouTuber who’s been tarnishing his name was using a fake account.

“I think someone wants to tarnish my name. This is annoying. What this person is doing is nonsense. But they will never succeed.”

The star who played Pastor Qhabanga in SABC1’s Uzalo also told the publication that he’s never been down and out.

Shibe also refuted claims that Uzalo rescued him when he was down and out because of drugs.

“That’s nonsense. Uzalo didn’t rescue me. I was busy with projects when I joined Uzalo. And when I was still with it, there were two projects I was involved in.”

The popular actor adds that he was also busy with other projects when he exited the SABC1 soapie and that he’s never been down and out.

“I am angry with this YouTuber. They are talking lies about me. The only show that gave me a break in the industry is Gazlam.”

He also tells the outlet that his character Sifiso in Gazlam used drugs but he’s never used drugs.

Uzalo’s spokesperson Nomfundo Zondi told Daily Sun that they couldn’t comment on the allegations as the issue is a personal matter.