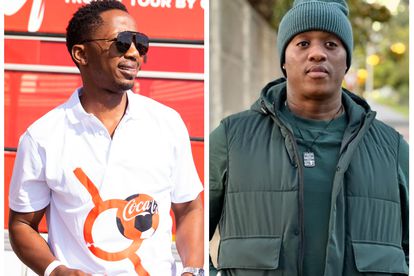 Another Sunday, another explosive episode of Uyajola 9/9. But this time, host Jub Jub has landed himself on the wrong side of Twitter with tweeps accusing him of unethical practises on the show.

And even fellow celeb Andile Ncube has weighed in, calling out the Moja Love presenter for his extreme lengths to make his show trend.

According to TVSA, the controversial reality show is the most-watched local production in Mzansi.

In the first installment of Uyajola 9/9, a woman named Precious catches her boyfriend Katlego returning from a romantic getaway with his lover.

Whilst initially struggling to get the man to cooperate and communicate with the camera crew, Jub Jub then instructs a member of his team to invade the vehicle and force the couple out.

The scorned woman attacks her cheating partner and his mistress and humiliates them by throwing their food and luggage on the floor. She also throws vandalises the vehicle by throwing bricks at the windows.

But whilst Precious runs rampant with her attacks, bodyguards prevent her boyfriend Katlego and his lover from retaliating.  Jub Jub also confiscates the keys to the vehicle, which Katlego has to beg for to be returned.

The next episode saw Congolese man Johnson ambush his cheating girlfriend Monica in the gym with her beefy side-piece. A full-blown fistfight ensues with the woman’s lover calling out Johnson for having a small manhood.

Both Uyajola episodes end with the complainants leaving without their partners, who ultimately choose their new partner.

ANDILE NCUBE AND TWEEPS WEIGH IN

On Twitter, both Uyajola 9/9 and Jub Jub topped the trends list. However, tweeps also called out Jub Jub for going to extreme lengths to attract viewership

This includes forcing his way into private property, condoning assault and harassment, and inciting violence.

@nkanyisojobe30: “The way violence is promoted in this show it’s really amazing how it’s still on TV, you bring all these bouncers yet they all can’t control one person, the show strives on violence and the so unnecessary questions from Jub Jub #Uyajola99

@_charityr: “I honestly don’t like what Jub Jub’s people are doing. The fact that they leave this girl to moer the other girl but immediately when she retaliates they withhold her”

@SomeonesSon11: “Today’s episode proves Jub Jub condones GBV when it’s done by women. He condones violence when men are on the receiving end. If the tables were turned, and a man found his girl cheating and decided to beat the girl and damage her car, his guards would manhandle him.

@DjLeedestroyer: “Jub Jub is getting comfortable in this now, I mean catching people cheating is fine, but letting that girl smash the taxi windows and the guy’s food. That’s a no…”

Media personality Andile Ncube also weighed in. He tweeted of the Uyajola production crew: “One day a smart lawyer will watch this show and reach out to the many unwilling participants who get restrained, held, and forced to stay put against their will by bodyguards. I’d be a fly on the wall to hear what the law would say”.

Blogger Phil Mphela added: “How is this legal? Breaking car windows and strangers getting into your car through windows”.