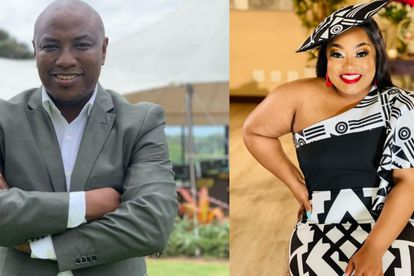 Uthando Nesthembu star Musa Mseleku has finally decided to wed his third wife, Thobile “MaKhumalo” Mseleku. The wedding was held this past Saturday 10 September at Umzumbe.

According to Daily Sun, Musa and Thobile said their “I do’s” at a private ceremony on the South Coast of Durban. Even though the ceremony was a star-studded affair, guests were told not to post any pictures of the day as this was more than just a wedding with the fifth season of the polygamist’s reality TV show, Uthando Nesthembu, also being filmed.

TV host Musa could not marry Thobile in 2020 despite plans for their nuptials already being in place. According to Daily Sun, the wedding did not take place because Musa’s first wife, Busisiwe “MaCele” Mseleku, put a stop to everything.

It seems the plans were put back in place and the traditional wedding took place without hitches.

When Musa was approached for comment regarding his “secret” wedding by the Daily Sun, he said he was barred from speaking about the day.

Even though there aren’t any pictures to back this, guests from the wedding did attest to the fact that the wedding was a top-notch affair.

Speaking to Daily Sun, one of the guests said: “I’d describe it as a top-notch wedding. We truly enjoyed ourselves with African food and drinks. They kept it under wraps because it wasn’t just a wedding, they were also shooting the next season of ‘Uthando Nesthembu’ which is set to premiere before the end of this year”.