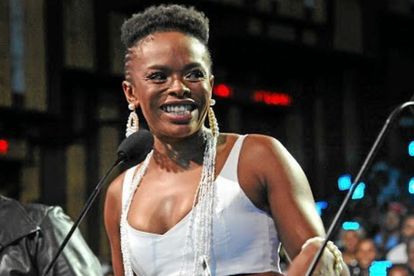 South Africans have no chill – and they continue to prove it each passing day. TV and radio personality Unathi Nkayi is experiencing just how harsh locals can be and one can’t help but feel bad for her. The former Idols SA judge recently got trolled on Instagram after sharing some love with one of the talent show’s new judges, Thembi Seete.

Heading to Thembi’s comment section on a recent post, Unathi shared well wishes but was soon accused of having ill intentions by Themba’s fans who earned her to watch out.

Unathi accused of stalking Thembi and other ‘Idols SA’ judges

It’s been a rough year or so for singer, TV presenter, and radio personality, Unathi Nkayi who didn’t lose one but two jobs.

Unathi was sacked from her radio presenting job at Kaya FM after making false accusations against one of her colleagues Sizwe Dhlomo.

Only a short while later, she was replaced on Idols SA as one of the shows judges.

Her string of not-so-great luck has seen her getting trolled by social media users who sure know how to kick a woman when she’s down.

This was proven after Instagramers accused her of stalking the talent show’s new judges after she commented on a photo of new judge Thembi Seete.

“Awumuhle ThemThem. Hope you are having fun,” Unathi wrote underneath a photo of Thembi while at the Idols SA studios.

A gesture not well received

The comment didn’t go unnoticed by trolls who quickly accused her of low-key trying to fish information about the show from Thembi.

“Are you really happy she is on Idols, or you’re stalking her? Mami, you need to accept that you and Idols SA are history and move on with your life,” wrote one Instagram user according to Savanna News.