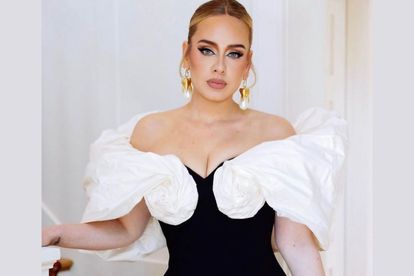 English singer Adele Laurie Blue Adkins sat down for British Vogue’s The Ultimate British Taste Test on 18 October and the names of the dishes she tried had tongues wagging.

Adele first showed viewers how she likes to make a cup of tea. She then put on a blindfold which made her feel like she was on Fifty Shades of Grey.

The Hello hitmaker was on a roll and identified the first dish as “cockles”.

“Last time I had cockles must have been… I was definitely under 10. We used to go to Whitstable sometime, down to the beach. When I say a beach though I mean a very British beach with pebbles and all that,” said Adele.

“They were yummy and very nostalgic,” she added.

She then went on to eat and (mostly) correctly guess pork pie, a breakfast meal, fish and chips, banoffee pie and spotted dick! Spotted dick is a a traditional British baked pudding made with dried fruit and often served with custard.

ALSO READ: Adele says she resembles a ‘bald eagle’ without her eyeliner and big hair

Tweeps were shocked by the names of the British dishes and took to Twitter to share their thoughts.

“She may live in LA these days, but Tottenham girl Adele still feels right at home in a greasy spoon. Vogue’s November cover star braved the ultimate British taste test, tucking into traditional dishes from cockles to spotted dick – all while wearing a blindfold. Watch the video to see how many the superstar can correctly identify, and learn how she takes her PG Tips,” wrote

FROM WORKING IN A DINER TO HIT ALBUMS

While doing the taste test, Adele reminisced about the time she worked in a diner before her breakthrough album 19. The album contained hits such as Chasing Pavements and Hometown Glory.

Adele will release her new album 30 on 19 November. Over an Instagram live session the Someone Like You hitmaker revealed her new album will be about her divorce. Adele finalised her divorce with her now ex-husband Simon Konecki, in March. The pair share eight-year-old Angelo and originally separated in August 2019.

Adele has since moved on with rumoured boyfriend, LeBron James’s agent, Rich Paul.