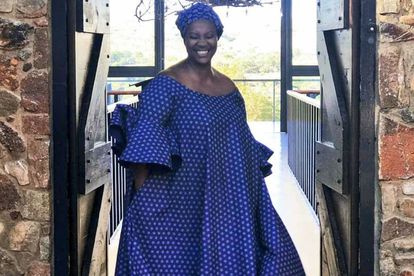 The death of South Africa’s darling doctor, radio and TV personality Sindi van Zyl has left a void in the industry, a year after her passing.

The HIV/Aids activist lost her life on 10 April 2021 at the age of 45 years old from Covid-19 complications.

Sindi was fondly known as “the people’s doctor” and the “duchess of healing” over her ability to connect and impact ordinary South Africans.

At the time of her death, Sindi van Zyl had been on a ventilator in the ICU for several months. Her husband Marinus revealed that her medical bills had exceeded R1 million.

It read: “A year ago we lost a colleague and a friend. Much of the country felt like they had lost a friend because of the communities Dr Sindi van Zyl had built as a doctor, broadcaster and social media maven.

“Let’s remember her kindness and the joy she cultivated. #CelebratingDrSindi”.

Other South Africans shared their fondest memories of the popular star – even if just from the Twitter social media platform.

“I never got to meet Sindi Van Zyl but she was a phenomenal woman. May her soul continue to rest in peace”

“A year later and it still feels like a nightmare we can’t wake up from. The love and light that you poured on the TL is so missed”

“She reached out to me when I was mourning the father of my kids. This would be the beginning of a special connection. Her presence was really felt”

“First interacted with her when she was teaching about circumcision. I had a lot of questions, even some ridiculous concerns but she was patient & soft with her responses”

Those who had the privilege of interacting with her, also reflected on their experiences.

One tweep wrote: “A year ago today we lost the irrepressible Dr. Sindi Van Zyl. She was so full of love and joy, it felt like a light had gone out. Here we are together, laughing”.