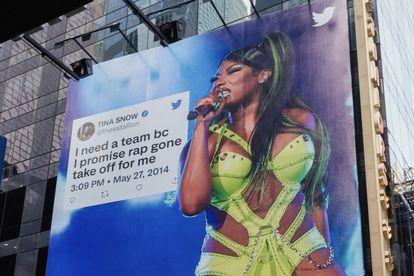 This has been proven true by a number of celebrities whose old tweets have been dug up by Twitter themselves.

The social media network had it’s millions of followers in their feels when they proved that dreams can in fact, come true

Twitter – whose “bio” is “don’t leave your dreams in your drafts”, have posted old tweets from ordinary people who went on to achieve great things.

They include stars like Megan Thee Stallion, Niall Horan, Issae Rae, Demi Lovato and a number of well known athletes.

The tweets have been blown up and placed on giant billboards around the US. The star who posted the tweets is pictured alongside their old posts.

On 16 January 2010, a 16-year-old Niall Horan tweeted his dream of appearing on reality talent show X Factor. “Applied for X Factor. Hope all works out”, he posted.

The now 28-year-old star went on to win the X Factor with group One Direction, which is arguably one of the most successful boybands in music history.

Also in 2010, a teen Demi Lovato manifested her dream of one day singing the national anthem at the Superbowl. Needless to say, the realisation of her dream, and many more became a memorable moment in her successful career.

Other stars who tweeted their dreams are Oscar winning film director Matthew A Cherry, Michaela Nne Onyenwere who dreamed of being in the WNBA and Simu Liu who bagged the role of Marvel superhero Shang-Chi.