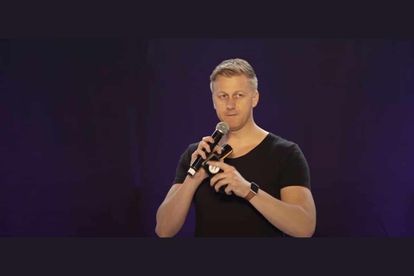 A woman recently alleged that the South African radio and television personality Gareth Cliff tried to kiss her friend when she was 15 years old.

Gareth Cliff accused of making sexual advances to a teenager

It seems Cliff has found himself trending on Twitter after a woman revealed the allegation in a tweet. The woman with the Twitter handle @FemalePencil, alleges that the radio DJ tried kissing her friend at a club years ago when she was only 15.

The user, by the name Ana.L. seemingly replied to a thread by Tutu Zondo who said that powerful men in the South African entertainment industry have gotten away with too much, for too long. Tutu also said that “we’ll also have the conversation about Gareth Cliff and his many allegations”.

Some Twitter users wanted to know about the “allegations” against Cliff they are referring to: “What allegations?” asked @RedDoor38862317.

“Google searches shows no new Gareth Cliff allegations. Nobody wants to share any information on these allegations on this platform. Are the allegations the alleged experiences shared on this post by the public? Those are the only allegations we are seeing.”

This has also left social media divided as to the reason why a 15-year-old was in a club in the first place.

“When in the club you assume that everyone is of legal age because clubs are for 18yr old and above [sic],” one Twitter user commented. “Why and how was there 15-year-old’s in the club consuming alcohol, 15-year-olds go to Bounce.”

After Ana .L. got attacked for revealing such information about the DJ, she further said that he tried to take them to his hotel room, after repeatedly telling him that they are just 15-year-olds, “What makes it ok for a grown, influential man think it’s ok to pay 15-year-olds with alcohol and then kiss them and try convince them to go to his hotel with him???? Why aren’t you asking that question?”

Some came to her defence:

Others remember the woman telling them the story:

It is reported that some tweeps were then taken back the “Vodka Incident” of Cliff and Mara Louw in 2016. Louw started swearing on live TV but said she had no idea what had happened to her. Her reputation got tarnished in the process.

In his book, The Cliffhanger, he writes, “The vodka incident was one of the more memorable Marah moments. It’s not common practice to have a drink on set, but that evening one of the crew brought a bottle of vodka for a pre-show celebratory drink.

“I passed Marah her drink and all was well until halfway through the show when she became a touch emotional, or maybe delirious. Needless to say, the press had a field day and I was the one Marah threw under the bus during a radio interview the next day.”

Defending himself, Cliff later told Sunday Times that he had no “beef” with Louw:

“I don’t hate Marah. That night I drove her home, made sure she got into her house safely and then went back to collect my car and drove home. Nobody tells that story. I loved her, she was like our mama on the show and she’d tell the most hysterical stories and she was great and then she spun out that one night and now it’s everybody else’s fault. I had no beef with her up to the very end, I was one of the people who still called her after the show ended.”