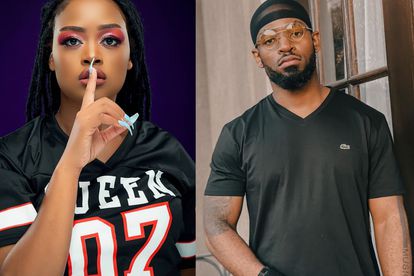 Kabelo Motsamai, popularly known by his stage name Prince Kaybee, left Tweeps shocked when he threw shade at Hazel Mahazard, the DJ that leaked his nudes, unprovoked via a tweet on 9 July.

THREAD OF TWEETS LEADING TO HAZEL

It all started when Prince Kaybee responded to a tweet on matric teachers motivating their students regarding the working world. Prince Kaybee said that he did not get to matric but sarcastically asked how it’s planning out.

“Do you remember when you were in matric and they told you that companies will fight over you?” read the tweet when translated to English.

“Lol I didn’t even get to matric but if that’s what they told y’all, how is it planning out?” responded Prince Kaybee.

Another Twitter user responded to Prince Kaybee’s tweet saying that to his knowledge Prince Kaybee did not go to school.

“I saw a long time ago that you didn’t go to school,” read the tweet when translated to English.

Prince Kaybee clapped back at the Tweep saying it’s obvious that the Tweep went school considering how he contributes to the economy and the Tweep responded saying that he isn’t looking for a fight but the stuff about the economy and what not are for people like Kaybee and Hazel.

Prince Kaybee then clapped back at the Tweep saying he isn’t fighting either. However, he and Hazel do not contribute much to the economy so he’s guessing they went to school.

Back in May, Prince Kaybee’s side chick, named Eurica went public with screenshots and screen recordings of her chats with the DJ showing their meetups and more. Prince Kaybee first denied being involved with Eurica but later apologised to his girlfriend Zola Zeelovin for cheating on her.

“I cheated, I humiliated my girlfriend publicly. To the people I have disappointed, the businesses I represent, my girlfriend and my Mother I profusely apologise from the bottom of my heart,” wrote Kaybee on Twitter.

TWEEPS WEIGH IN ON KAYBEE AND HAZEL

Tweeps thought that “Hazel is catching stray” bullets from Prince Kaybee because she did not do anything, recently, to provoke him and this was a conversation between him and a Tweep.

ALSO READ: Prince Kaybee turns down women, but not the anti-lockdown march