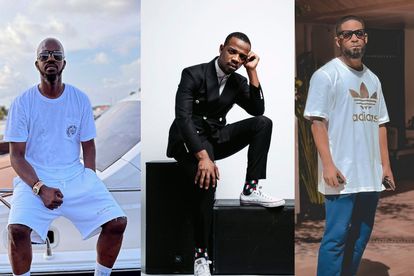 The competition for South Africa’s song of the summer is on and Zakes Bantwini has just entered the race. A clip of Bantwini playing his unreleased song Osama recently went viral and of course, tweeps had to drag Prince Kaybee and Black Coffee into Bantwini’s shine.

Zakes Bantwini performed an hour set at DJ Shimza’s afrotech inspired music sessions, Kunye. Those who attended Bantwini’s Kunye set could not get enough of an unreleased song he played featuring Kasango, Osama.

The clip of Bantwini playing Osama went viral and music lovers are anxiously waiting for Bantwini to drop the single.

PRINCE KAYBEE IS DRAGGED INTO THE MIX

As Bantwini celebrated all the praise, one tweep decided to throw Prince Kaybee into the mix writing, “Zakes Bantwini showing Prince Kaybee levels with this Osama house song.”

The Fetch Your Life hitmaker wasn’t pleased with what the tweep had to say.

“Lol, I’m ALWAYS catching smoke like I did nothing for music in SA, what a shame man,” Prince Kaybee responded.

Black Coffee is one of the many people who praised Bantwini’s Osama and one tweep had hopes that Coffee would incorporate it into one of his sets. The superstar DJ said, “It is nice, but I won’t, I still prefer the original”.

The song Black Cofee has named the “original” is a song by Suka titled, Mano Mano.