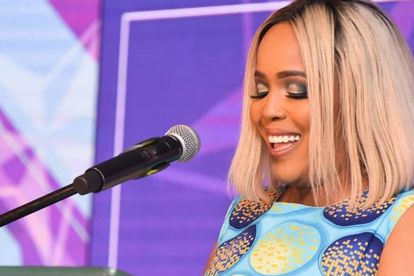 Award-winning comedian Tumi Morake has moved to Atlanta, Georgia to make her name in the United States. Image via Facebook Tumi Morake

Award-winning comedian Tumi Morake has moved to Atlanta, Georgia to make her name in the United States. Image via Facebook Tumi Morake

South African comedian Tumi Morake has achieved incredible success in Mzansi and now she is on a mission in the United States. Morake made a bold move to the US to enter the international comedy circuit. She told You that she and her husband had been planning for some time now.

Tumi Morake, her husband Mpho Osei Tutu and their three children, Afia, Bonsu and Lesedi, moved from Johannesburg to Atlanta, Georgia in February.

“One day we were like, the kids are old enough, let’s do it. The cool thing is we can come back. If it works it works, if it doesn’t we go back,” Morake told You.

The 40-year-old comedian and actress said she misses hearing Mzansi’s 11 official languages and being able to understand them all.

“There’s something about being able to just change language lanes whenever you’re speaking.”

Taking to Instagram on 29 March, Morake described her character, Mamba, as a “cynic, crook and utterly charming.”

“She and Bones have a past with each other, which is hinted at but never disclosed. And trust me, she can also handle herself in a physical brawl.”

WHAT DO MAMBA AND TUMI MORAKE HAVE IN COMMON?

Morake told Drum that she and Mamba have their love of bright clothes and money in common. “We’re both trying to secure the bag,” she added.

“But to get into character I had to dump Tumi and go: what’s Mamba’s vibe? Mamba knows she’s bigger than the village but would never leave the comfort of the village.”