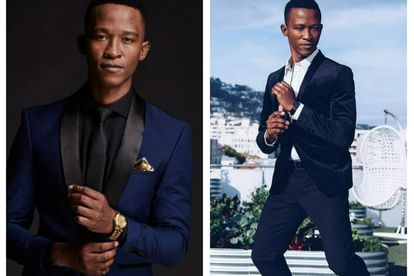 Katlego Maboe is back as the host of Tropika Island Of Treasure. Images via Instagram: @katlegomaboe

Katlego Maboe is back as the host of Tropika Island Of Treasure. Images via Instagram: @katlegomaboe

TV presenter and musician Katlego Maboe has made his return as the Tropika Island of Treasure host.

The popular game show announced on Tuesday 11 October that Kat, as he is fondly known, will be joining their “All Stars in the Seychelles as the host of the second leg of #Tropika Island of Treasure season 10 ????”.

ALSO READ: And then there were 18: Meet the ‘Tropika Island of Treasure’ contestants

It seems the viewers of the show have been calling for his return as most of them believe he is the best host for Tropika Island of Treasure.

Naak Musiq hosted the first four episodes of the gameshow, which took place in St Lucia in KwaZulu Natal.

“Didn’t expect this surprise but I’m so happy, Kat is Tropika, Tropika is Kat,” said one Instagram user while another one expressed their excitement and said, “Yay!!! Literally wished for him to come back and now his back, I’m so happy I love Kat”.

You are a testimony Kat, God is working overtime in your life. Your humility will indeed take you places. Congratulations and welcome back

An Instagram user added, “Why am I getting all the Goosebumps. God indeed is showing off…I am so happy for you….congratulations”.

WHAT IS AT STAKE

Miantha Roux who is Clover Beverages marketing manager said that the “Tropika Island of Treasure All-Stars has the largest grand prize package ever seen on the series with the winning team receiving a shared R1 million plus R250 000 worth of Suzuki products.

The runners-up will also be receiving R25 000 each from the premium online entertainment platform, Play.co.za”.