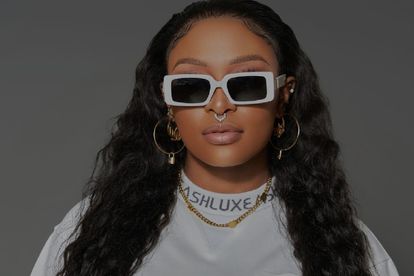 DJ Zinhle is a very inspiring woman. Image via @djzinhle/Instagram

DJ Zinhle is a very inspiring woman. Image via @djzinhle/Instagram

While netizens are still debating whether or not DJ Zinhle was correct in wishing her ex-boyfriend and first baby daddy AKA a “Happy Father’s Day,” trolls have decided to come for the mom-of-two’s looks.

A few trolls dug up an old picture of the businesswoman where she is seen with a bald head and no make-up on during an episode of her reality TV show DJ Zinhle: The Unexpected.

Social media can be a really horrible place and celebrities know all about it as they are in the public eye, therefore making them more susceptible to public scrutiny.

When tweeps decided to debate about DJ Zinhle’s decision to send Father’s Day wishes to both AKA (her ex and first baby daddy) and Murdah Bongz (her boyfriend and second baby daddy) some tweeps took the criticism a little too far.

While some people were in agreement with the troll, others came to the Umlilo hitmaker’s defence.

“Firstly you guys are cruel. Secondly make up is intended to enhance beauty meaning she can’t be wearing make up worth thousands and still look like herself without it – and that doesn’t mean she’s ugly. No need to be A** holes on the socials guys,” one tweep replied.

“Social media standards are trash, people are expecting women to walk around with filters,” someone else said.

Another tweep said: “DJ Zinhle didn’t have make-up on in her MacG interview and she was beautiful. You must be out of touch with how real life women actually look like.”