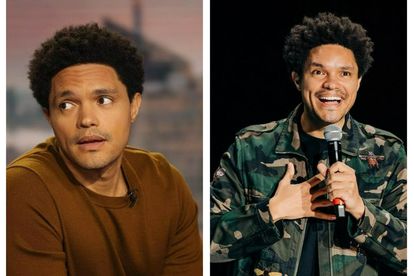 Trevor Noah’s mom Patricia is facing losing her assets if she does pay her debt to SARS. Images via Instagram: @trevornoah

Trevor Noah’s mom Patricia is facing losing her assets if she does pay her debt to SARS. Images via Instagram: @trevornoah

The mother of the South African-born comedian and tv presenter, Trevor Noah is said to be allegedly owing more than R24 million in tax debt.

The South African Revue Service is said to have threatened to obtain an execution order to sell her assets if Patricia Noah fails to use methods stipulated by the revenue collector in the letter.

According to the letter, which City Press has seen, Patricia allegedly has an outstanding tax debt stipulated as R24 219 220 – reports City Press.

ALSO READ: ‘I care for you as a human being’: Trevor Noah on Kanye West

The publication reports that The Daily Show host’s mother is in the property business under the company name PN Noah Estates.

“It was previously reported that she was also the director of various companies, including Dempa Investments and Isacchar Properties. She did not respond to a written enquiry and did not answer the phone when City Press tried to call,” according to the publication.

According to the SARS letter, Patricia has allegedly failed to pay her tax debt for one or more tax years and tax periods. The financial institution gave her 10 business days from when the letter was issued (8 November) to make the payment.

“You may, within 10 business days from the date of this letter of demand, apply for any of the following remedies: payment instalments where you are unable to pay the full amount; suspension of the debt where you intend to submit or have submitted a formal dispute; compromise of a portion of the tax where this will provide a higher return to the fiscus than liquidation, sequestration or other collection measures,” City Press said.

WHAT SHE STANDS TO LOSE

If Patricia fails to make the full payment, SARS says they “may appoint any third party who presently or in the future will owe you money or hold money for you to settle your tax debt with this money”.

“A civil judgment being entered against you, in which case a warrant of execution may be issued for the Sheriff of the court to attach and sell your assets,” the letter read.

ALSO READ: ‘I can finally challenge my mom’: Trevor Noah on ‘appreciating’ his afro

ALSO READ: ‘Trevor is not coloured’: AKA sparks race debate on Twitter