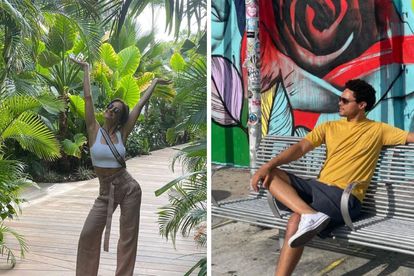 Whether the sources got it wrong when their split was confirmed or the two lovers have simply resorted to being friends, but it seems Trevor Noah and Minka Kelly are still hanging out.

Still together or just good friends?

This after US Weekly reported on Wednesday 26 May that the couple (?) were spotted last week having lunch together at Gyp Sea restaurant in St Barts. The couple reportedly got together eight months ago before reportedly calling it quits earlier this month.

After seen apartment hunting in Los Angeles earlier this year, a source told ET that the Friday Night Lights actress and The Daily Show host have broken up.

“Their work commitments and careers are very different and they both felt like they should take time apart.”

According to the source, Minka has been “leaning on friends, traveling and keeping busy since their split”, while Trevor “has been doing his own thing too”.

It is said that both Trevor and Minka have been seemingly enjoying their single lives. Trevor reportedly spent the weekend partying with David Grutman and DJ Steve Aoki in Miami, Florida.

Meanwhile, Minka has been spending time travelling with friends, and posting snapshots to her Instagram page from various idyllic locales.

Trevor and Minka were spotted out together for the first time in September 2020. The pair were seen getting out of an SUV and walking into Trevor’s apartment in New York City. In a photo, the actress, 40, had several pieces of luggage as Trevor, 37, stood beside her and held the leash of a small dog, which appeared to be Minka’s pup, Freddy.

According to Entertainment Tonight, Minka was previously linked to Grey’s Anatomy’s Jesse Williams. The two dated amid Williams’ contentious split from his ex-wife. Williams and Minka called it quits in 2018 after more than a year of dating. Trevor, on his end, dated model Jordyn Taylor from 2015 to 2018.

Trevor was previously linked to girlfriend Jordyn Taylor in 2017.