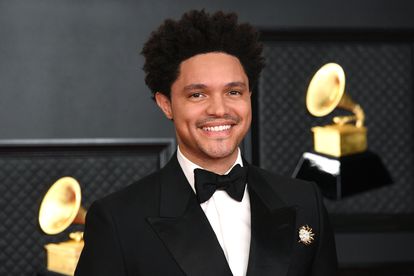 Trevor Noah has been dragged by the American public, after his previously supportive comments about Andrew Cuomo were brought back into the spotlight. The New York Governor resigned from his position this week, amid a raft of sexual harassment allegations – and the Soweto-born superstar will be wishing he could turn back time.

During an episode of The Daily Show in April 2020, Trevor Noah sang the praises of Andrew Cuomo as he got to grips with the COVID-19 pandemic when it hit New York. At the time, the Governer was praised for his stern response and commitment to the cause. However, one by one, the accusations of lecherous conduct mounted against him.

Cuomo, repeatedly and vehemently, has stressed that he is innocent. However, with a number of victims pursuing legal action against him, the veteran politician was left with no choice but to step down. And, for Trevor Noah, that means he now has a considerable amount of egg to wipe from his face.

‘This you?’ – Trevor Noah gets a rough ride online

The backing he gave to the New York statesman was comprehensive, and Noah even called himself a Cuomosexual:

“Cuomo is the one governor who’s crushing it the most right now… yeah, people online are falling in love with him. And I’m not gonna lie. Those people include me. My Tinder profile now lists me as Cuomosexual.”

The Daily Show mocks itself for past Andrew Cuomo support

To be fair to Trevor and The Daily Show crew, they did previously address their fanboy statements with a short sketch earlier this year. Noah gives an order to ‘delete and burn the tapes’ of the now-resurfaced episode.

People are questioning The Daily Show's earlier coverage of Andrew Cuomo. We checked our archives and couldn't find any problems. pic.twitter.com/eUDdQUCb5a