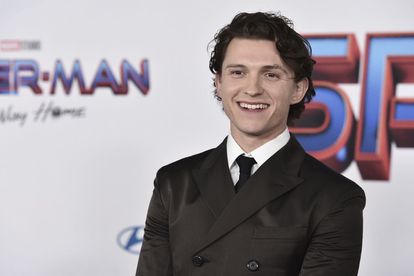 Tom Holland ready to step back from acting to maybe start a family and figure out his priorities. Image via Twitter @Variety

Tom Holland ready to step back from acting to maybe start a family and figure out his priorities. Image via Twitter @Variety

Tom Holland wants to “take a break” from his acting career to “focus on starting a family.”

The Spider-Man: No Way Home actor – who has upcoming roles in Uncharted and as the lead role in a Fred Astaire biopic – has admitted he wants to step back and make his personal life a priority after six years playing the web-slinging superhero on the big screen.

TOM HOLLAND CANNOT WAIT TO BE A DAD

“I’ve spent the last six years being so focused on my career. I want to take a break and focus on starting a family and figuring out what I want to do outside of this world.”

Holland – who is dating his Spider-Man co-star Zendaya – revealed while he “will” wait to start a family, he is excited at the idea of being a parent in the future.

“I love kids. I can’t wait to be a dad — I can wait and I will, but I can’t wait! If I’m at a wedding or a party, I’m always at the kids’ table hanging out. My dad’s been such a great role model for me. I think I’ve got that from him. So I think I’d be a primary school teacher or something like that [if I wasn’t acting],” he added.

TOM HOLLAND WOULD LIKE SPIDER-MAN TO BECOME ‘MORE DIVERSE’

Meanwhile, the 25-year-old actor – who was cast as Peter Parker’s alter ego for Spider-Man: Homecoming in 2015 – has suggested it could be time to pass the torch and give someone else a chance to put their own spin on the character.

And if he does move on, he would like to see the role become “more diverse” after being portrayed by himself, Andrew Garfield and Tobey Maguire.

“I would love to see a future of Spider-Man that’s more diverse — maybe you have a Spider-Gwen or a Spider-Woman. We’ve had three Spider-Mans in a row; we’ve all been the same. It’d be nice to see something different,” he said.