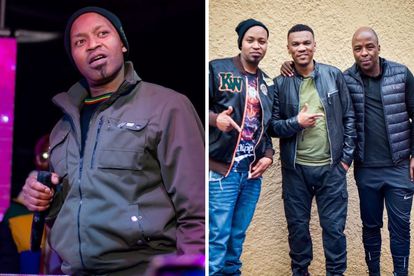 The family of TKZee star Tokollo Tshabalala aka “Magesh” have spoken about his history with epileptic seizures, which developed from a serious brain injury sustained in a car crash.

The beloved Kwaito singer died on Monday 15 August following a severe seizure, claims his family. Unbeknownst to the public, Tokollo suffered from regular seizures, which occurred “often” in the lead-up to his death.

The TKZee star’s funeral will take place on Friday, August 19, at the Rhema Bible Church North.

In 2001, Tokollo was involved in a car crash in Gabarone, Botswana which claimed the lives of two people.

According to IOL, the TKZee star was driving a luxury convertible German car that smashed into an oncoming sedan. Both the driver of the car and a passenger in Tokollo’s car died instantly.

The star – fondly known as “Magesh” sustained serious head injuries and was taken to a local hospital in Botswana.

But trouble ensued after it was alleged that Tokollo disregarded traffic police instructions to stop. It was also claimed that the car he was driving did not display number plates.

Tokollo was charged with culpable homicide for the death of two people, and authorities in Botswana took steps to extradite him

He was later acquitted in 2008. Speaking of the accident in 2012 during a music comeback, Tokollo told Sunday World: “I had a monkey on my back for seven full years. I could not leave Johannesburg, and having to see cops every three days of the week was not a joke.”

Following his death this week, Tokollo’s family spoke to News24 about his last days, and how he navigated his health struggles.

His sister Kutloano told the publication: “The seizures were being managed, but then, in the last couple of months, they were occurring more often.

“We were continuing to manage them, as we have been managing them, and he knew how to manage them, but, this time around, he just couldn’t get through the seizure, and God called him home.”

Speaking of his personality, his sister added: “Growing up, and even in our old age, when he came home, and there was leftover food, he would eat the leftover food and leave the skaftin (lunchbox) like the wolf was here.

“He was also the type of person you would talk to if you had problems. He was always willing to help, tease you first, then help you and make a joke out of it.”

“I think most people think he was extroverted, but he wasn’t. He was an introvert-extrovert, and he was a fun brother and great uncle.”

She added: “My family is going through a wide range of emotions, ranging the whole spectrum from shock to frustration. We were with him on Sunday – the first call we get on a Monday is that he died.

“It’s been surreal for my siblings and parents, and we keep asking ourselves, did it really happen; are we really planning to say goodbye to this guy?”.