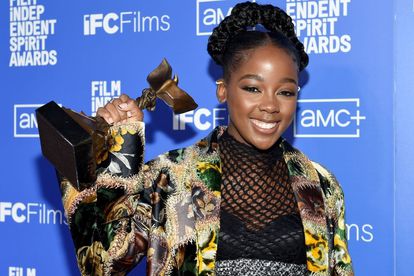 WHAT ARE THE INDEPENDENT SPIRIT AWARDS?

2022 marked the 37th anniversary of the Awards. Traditionally, the Independent Spirit Awards are held one week before the Oscar Awards, but the Awards were moved up three weeks earlier.

According to Variety, this was done to boost the impact of the Spirit Awards on the Oscars.

“Every single person who was involved in The Underground Railroad…There was no person that was too small in making the project what it was. I really hope that you guys will take the time to watch it because it’s an absolute masterpiece.”

Take a look at the full winners list here

Thuso Mbedu scored a role in the historical epic film, The Woman King, directed by Gina Prince-Bythewood. Mbedu is set to feature in the film alongside How to Get Away with Murder actress Viola Davis, Latasha Lynch and Miss Universe 2019, Zozibini Tunzi, who will be making her acting debut.

South African actors who are set to feature in the film are Masali Baduza, Thando Dlomo, Siv Ngesi, Seputla Sebogodi and Makgotso M.