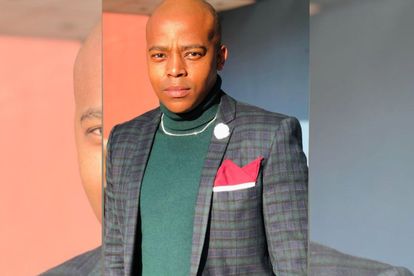 Actor Loyiso MacDonald, who played the role of Kagiso Khoza on The Queen has been served with divorce papers by his estranged wife, Mathunzi “Luphiwo” Simphiwe MacDonald.

The publication stated that the 31-year-old freelance creative approached the Johannesburg High Court last week, and stated that her marriage to her estranged husband is beyond repair.

MacDonald told MacG of Podcast and Chill with MacG last year (October 2020) that he and his wife broke up in 2016.

“I was just figuring things out about myself and I think she was too .”

“The two of us were really becoming adults together when I think about it.”

“Who we ended up becoming, were two people — not who hated each other by the way — who were very different with very different priorities in life and I think that won in the end,” he said.

The actor also admitted that he became a heavy drinker during their separation.

The couple had a traditional wedding at Mthunzi’s hometown in Witbank, Mpumalanga in 2012.

The actor also rubbished the 2016 rumours of his affair with his former co-star, Zandile Msutswana from The Queen on MacG’s podcast.

“Someone literally took an article from 2016 and copied and pasted it to bring traction to their site.”

He states in the interview that his wife thought it was true and by that time their relationship was already over.

The rumours alleged that MacDonald and Msutwana’s affair began when they were on-screen lovers on Mzansi Magic’s telenovela, Zabalaza in 2015.

Also read:TV to theatre: Loyiso MacDonald to strut the stage after ‘The Queen’ exit