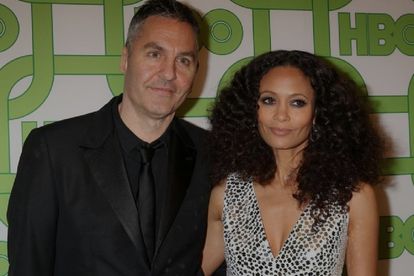 Thandiwe Newton and husband Ol Parker have called off their marriage after 24 years. Image via @theybf_daily/Instagram

Thandiwe Newton and husband Ol Parker have called off their marriage after 24 years. Image via @theybf_daily/Instagram

Actress Thandiwe Newton, 49, and her director husband Oliver Parker, 52, have reportedly decided to go their separate ways after being married for 24 years.

The couple was last pictured together in 2020 during their vacation in Ibiza.

Recently, Parker was spotted stepping out of the house without his wedding ring, and several reports have revealed that the actress is “struggling” since the split.

ALSO READ: ‘Forgive each other’: Shiloh’s plea amid messy Angelina and Brad divorce

THANDIWE NEWTON ‘IN A BAD PLACE’

Newton reportedly dramatically quit her role in the third instalment of Magic Mike earlier this month. This comes amid reports the Westworld actress is “in a bad place” after her split from her estranged husband.

“It became clear she couldn’t play the role. There is a lot going on in her personal life, she and her husband have separated. She seemed so stressed she even brought her two pet rabbits to her hotel for emotional support,” a source told Page Six.

Following reports of her exit from the production, The Sun reported that Newton had been involved in a fight on the set of Magic Mike’s Last Dance with her co-star Channing Tatum. The two stars allegedly had a disagreement about Will Smith’s slap at the Oscars.

In a statement, Warner Bros later said she had “made the difficult decision to step away from the production to deal with family matters.”

The film company also added that her behaviour “caused so much disruption, it became clear she couldn’t play the role”

It was later reported that she was replaced in the unspecified role by 55-year-old Salma Hayek.

More reports suggest that Parker is also not doing well since the news about his separation from Newton. On Tuesday 19 April the Mamma Mia! Here We Go Again director was spotted leaving the house without his wedding band.

The director and producer looked tired and unshaven as he greeted onlookers outside the London home – Daily Mail reported.

The Mission: Impossible 2 actress married the English director and producer in 1998. Two years later, they welcomed their daughter, Ripley. Nico was born in 2004 and their son Booker was born in 2014.