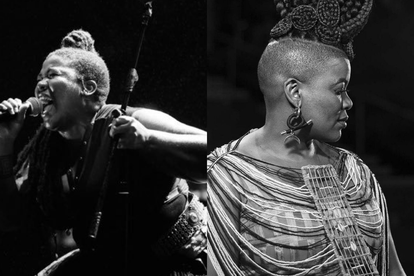 South African musician and activist Thandiswa Mazwai has shared angry thoughts which she directed at the current SA government. According to Mazwai, the country will not be at peace until racial tension caused by apartheid spatial planning is addressed and fixed.

South African musician and activist Thandiswa Mazwai is not happy with the South African government and the way they’ve been dealing with the many issues that have come up with the #FreeJacobZuma protests.

Heading online, Mazwai shamed the government for the recent door-to-door raids that have seen some of the poorest people in the country getting visits from army and police officials who are confiscating groceries and other items that were looted when riots erupted after the protests.

“Also, the irony of a government looting billions of rands without a trace👀 but being able to deploy forces to go get back a bag of iwisa from a mkhukhu! I can’t stand this place!” she wrote.

Phoenix massacres also get a mention

The musician also went on to address the recent massacres that took place in KwaZulu-Natal, Phoenix.

According to Mazwai, “apartheid spatial planning” has resulted in people getting murdered. She is of the opinion that people from different race groups are killing people from other race groups under the guise that they are defending their communities.

“This will always be a threat in a racially charged society that hates black people. There is a ticking time bomb, a Molotov cocktail of race, inequality, and poverty issues, dangerously mixed with megalomania,” said Thandiswa.

“Notice no poor whites moved the other way around. And most newly established areas had to have an unplanned skwatta camp nearby, tolerated, to service the rich with immediate labor. North of Joburg is an example. Apartheid social engineering is still cheered on.”

“Yet the government is not giving a correct diagnosis to the recent unrest, this is all about poverty, unemployment & inequality. This thing has been simmering for quite some time look at the violent service delivery protest in our country. This is not the end but the beginning of it.”