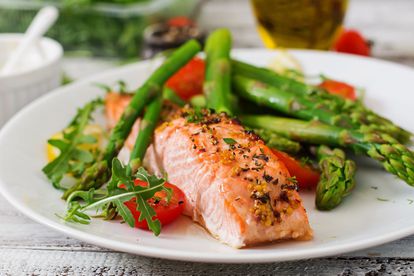 The actress made her first appearance on the soapie last night (6 September) as Sibiya’s wife.

An excited Shangase said she was filled with excitement when her agent shared the news with her at the beginning of August.

I was more excited when I started shooting on 10 August.

To me, this is a fantastic opportunity.

Despite being told that it is a small role, for me, there is no small role as every opportunity counts.

Shangase told Daily Sun that she was told she will appear in a few episodes and that it’s a very emotional role.

If my character grows, then you will be seeing more of me on your screens.

Every role is big because you never know if your big contract is watching.

The actress has also done several radio drama projects, has appeared in an Absa commercial and also acted on a TV show titled Next of Next Week.

Shangase’s character was held at gun point when her husband didn’t want to cooperate with Kumkani (Vuyo Dabula).

It is unclear at this stage what her character’s name is or how long she will appear on the show.

CURRENT STORYLINE ON ‘GENERATIONS: THE LEGACY’

He’s being tested by his gangster father Kumkani Phakade (Vuyo Dabula) to join his underground gang to become a criminal.

Ayanda (Samela Tyelbooi) has admitted that she is jealous of Zanele (Soso Rungqu) and has gone back to the gym to look as young as her.

Lucy (Manaka Ranaka) suspects that her husband Mrekza (Kope Makgae) stole her fake money and is unaware that her daughter Mbali (Ditebogo Ledwaba) and her friend Nontle (Bantu Petse) stole it.

Also read:‘Generations: The Legacy’ Review: Kumkani has feelings for Ayanda