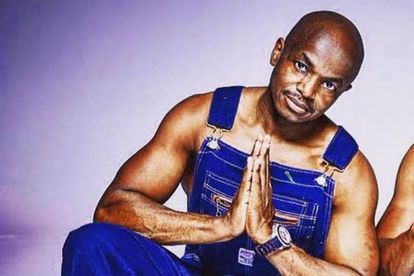 Tributes have poured in for Thato “Crazy T” Tsotetsi, a local musician and star of kwaito group, Alaska. Image via Twitter @Radio2000_ZA

Tributes have poured in for Thato “Crazy T” Tsotetsi, a local musician and star of kwaito group, Alaska. Image via Twitter @Radio2000_ZA

The South African music industry is suffering yet another devastating loss following the death of kwaito star Thabo “Crazy T” Tsotetsi. The musician, who formed part of kwaito group Alaska, passed away on Sunday 11 September. According to Drum, Crazy T complained about coming down with the flu and was admitted to Bheki Mlangeni Hospital in Jabulani, Soweto.

Local music lovers have since paid tribute to the late musician with heartwarming messages on social media.

Alaska is one of South Africa’s most respected kwaito groups. The group was made up of Andrew Moloisane, Sphiwe “Picat” Sibeko, Les Ma-ada, Lucky Mlakana and Thabo “Crazy T” Tsotetsi. Before his passing, Crazy T was one of two living Alaska members. Now, Sphiwe Sibeko is the group’s last living member.

Crazy T’s tragic passing was confirmed to Drum by his close friend Puleng Mokoena and Sibeko. Mokoena told the publication that Crazy T had told her that he was feeling ill.

“I told him to go to the hospital, but he was stubborn and told me that he believes in taking herbs, but he eventually went to the hospital last week Tuesday and he was admitted,” she said.

“When I woke up on Sunday morning. I received news that Thabo passed away and now nothing makes sense because he was such an optimistic person who was always bubbly did everything with all his heart.”

“The EFF sends its heartfelt condolences to the family and friends of the kwaito star Thato “Crazy Thibos” Tsotetsi who was a member of Alaska. The talent he shared with South Africa will forever be cherished,” wrote the political party.

“As Kwaito Nation we are deeply devastated and sad about the passing of our Alaska group member Thabo Tsotetsi. Thabo died this morning,” wrote one tweep.

“Thabo was a standing member of SAMPRA & we extend our heartfelt condolences to the Tsotetsi family during these difficult times.”

THINGS TO KNOW ABOUT THE KWAITO STAR