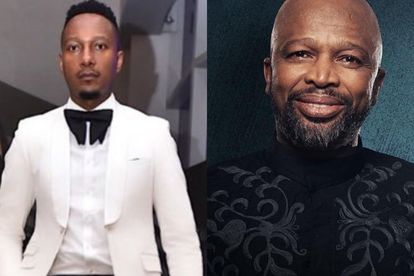 Musician and entrepreneur, Tebogo Lerole, who is the co-director of Act Now, and who dated TV personality Khanyi Mbau, has accused The Queen actor, Sello  Maake KaNcube of being a woman abuser.

Sunday World has reported that Lerole and his business partner, JJ Tabane informed businesswoman, Khumo Moetse who planned to donate funds into the organisation that they were planning to push KaNcube out.

KaNcube, who was the spokesperson for the gender-based-violence organisation, Act Now has stepped down according to the publication.

The thespian confirmed to the publication that he quit the organisation last week (11-15 October) because Lerole, Tabane and his former lover bad mouthed him to the donor.

The legendary actor admits to beating up his former girlfriend in 2002 and states that they resolved the matter.

“After the fight, I asked her to go to the police station and get me arrested for what I had done to her.”

“But she said she had forgiven me, basically we forgave each other and moved on with our lives.”

The former Generations actor says he is not proud of what he did and that the incident still haunts him today and wishes he’d handled the situation differently.

He also states that he went to rehab to deal with his anger and hasn’t laid a hand on a woman since the 2002 incident.

“It hurts me that these people are now using my past to undermine my efforts to fight gender-based-violence in this country.”

KaNcube says he challenges any woman to come out now and say that he had abused her since then.

Lerore stated that he was invited to a meeting where he met Tabane and Moetse but denied that he’s bad mouthed KaNcube to the donor.

“I swear I had nothing negative to say about him because to me, he was a formidable force in the organisation and I hold him in high regards.”

Also read:‘He beat her, kicked her and dragged her’: Inside SK Khoza’s GBV incident