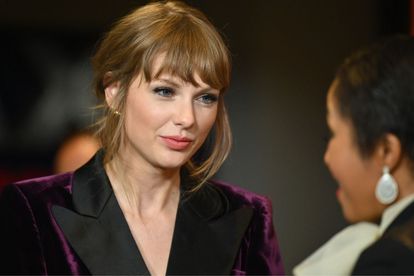 Taylor Swift has hit back at claims she doesn’t write her own songs. Image: ANGELA WEISS / AFP

Taylor Swift has hit back at claims she doesn’t write her own songs. Image: ANGELA WEISS / AFP

Taylor Swift has rubbished Damon Albarn‘s “damaging” accusation that she doesn’t write her own songs.

The Grammy-winning star has taken to Twitter to hit back at the 53-year-old musician, who claimed in a recent interview that Taylor, 32, gets other people to write her chart-topping hits.

“She doesn’t write her own songs. Co-writing is very different to writing. I’m not hating on anybody, I’m just saying there’s a big difference between a songwriter and a songwriter who co-writes.”

But the Bad Blood hitmaker has taken to Twitter to rubbish Albarn’s accusations.

She wrote on the micro-blogging platform:

“@DamonAlbarn I was such a big fan of yours until I saw this. I write ALL of my own songs. Your hot take is completely false and SO damaging. You don’t have to like my songs but it’s really f***** up to try and discredit my writing. WOW.

“PS I wrote this tweet all by myself in case you were wondering.”

Jack Antonoff – a friend and long-time collaborator of the award-winning star – has also dismissed Damon’s claims.

“I’ve never met damon albarn and he’s never been to my studio but apparently he knows more than the rest of us about all those songs taylor writes and brings in. herb.”

Albarn now backtracked on his initial comments and apologised to Taylor Swift, an hour after she tweeted.

“The last thing I would want to do is discredit your songwriting. I hope you understand,” he said on Twitter.