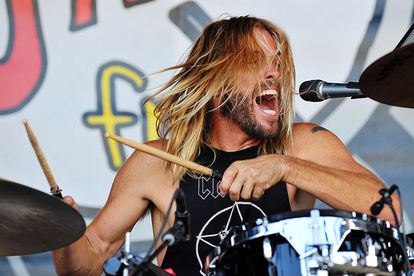 Taylor Hawkins was found dead in his Colombian hotel room on Friday 25 March. BBC reports that a toxicology report showed traces of 10 substances in his body. This included antidepressants but his cause of death still remains unknown. Investigators did not say if the mix of drugs was a factor.

The Foo Fighters drummer will be honoured at the 64th annual Grammy Awards held at the MGM Grand Garden Arena in Las Vegas on Sunday 3 April.

“We will honour his memory in some way,” said Jack Sussman, CBS’ executive vice president of specials, music, and live events to Variety.

“We want to figure out what is the right thing to do that is respectful to everyone involved. We’re patient. We’ll be planning right up until the very end,” he continued.

Following the death of Taylor, the Foo Fighters cancelled all their scheduled performances, announced via a statement on Tuesday 29 March.

“We’re sorry for and share in the disappointment that we won’t be seeing one another as planned,” said the band in a statement.

“Instead, let’s take this time to grieve, to heal, to pull our loved ones close, and to appreciate all the music and memories we’ve made together,” the statement continued.

This most likely includes their Grammy performance but there is no confirmation on whether the band members would take part in the tribute. The band is nominated for three awards, Best Rock Album, Best Rock Performance and Best Rock Song.