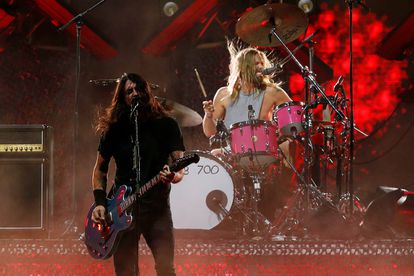 A representative for Foo Fighters confirmed to The Post that the band will not be playing at the 64th annual Grammy awards via a statement on Thursday 31 March.

“We want to figure out what is the right thing to do that is respectful to everyone involved. We’re patient. We’ll be planning right up until the very end,” he said.

It is not clear whether the band members will join in on the tribute for Taylor or not. This comes after the band cancelled all their scheduled performances because of the death of Taylor.

“We’re sorry for and share in the disappointment that we won’t be seeing one another as planned,” said the band in a statement.

“Instead, let’s take this time to grieve, to heal, to pull our loved ones close, and to appreciate all the music and memories we’ve made together,” the statement continued.

HOW DID TAYLOR HAWKINS DIE?

The Foo Fighters drummer was found dead in his Colombian hotel room on Friday 25 March. This was where his group was scheduled to play a festival gig that same day.