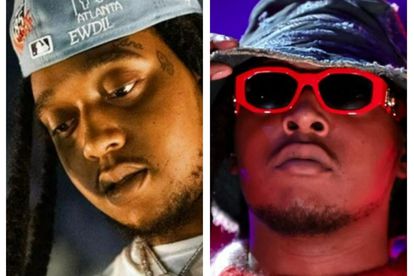 Takeoff’s murder suspect has been arrested and he is said to ahve been trying to flee to Mexico two days before being arrested. Images via: @yrntakeoff

Takeoff’s murder suspect has been arrested and he is said to ahve been trying to flee to Mexico two days before being arrested. Images via: @yrntakeoff

A murder suspect has been arrested by the Houston Police Department for the murder of the Migos group member Takeoff.

The police revealed this in a press conference that 33-year-old Patrick Xavier Clark was arrested on 22 November and charged him with murder.

ALSO READ: Takeoff’s little brother says he hates having to move on without him

According to People Magazine, the police department also arrested 22 year-old Cameron Joshua and charged him with two counts of unlawful possession of a weapon.

When asked about Joshua’s connection to the case, Police Chief Troy Finner said that he “was there on the scene” and “in possession of a weapon,” but did not provide further details. “He is a felon,” said Finner.

“My prayers continue to go out to her and his entire family, his close friends, the city of Atlanta and all of Takeoff’s fans around the world. We lost a good man, and I didn’t have the pleasure of meeting him, but everybody — the hundreds of people that I talked to — spoke of what a great individual he was,” – as per People.

“A month ago, we made a promise that we would get the individuals or the individual that’s responsible for the murder of Takeoff in custody,” the police chief was quoted as saying.

According to TMZ, prosecutors are asking for Clark’s bail to be set at R17 535 460,00 ($1,000,000) If Clark is released on bail, prosecutors are asking the judge for an order that prohibits him from talking with a specific list of people. This list includes Takeoff’s family, J. Prince Jr. and his family, as well as Shakur Stevenson and anyone from Shakur’s “place of employment.”

The publication also says that prosecutors are also asking the judge to place Clark under house arrest if he gets out on bail.

According to ABC7 Chicago, during Clark’s court hearing on Saturday 3 December, video evidence, license plate information from the car he left in, and fingerprints from a wine bottle he was seen holding led to his arrest.

“Investigators said the shooting stemmed from a fight over a high-stakes dice game at the 810 Billiard and Bowling alley at 1210 San Jacinto. HPD said Takeoff was at the wrong place at the wrong time, considering he reportedly wasn’t involved in the game or the fight,” reports the publication.