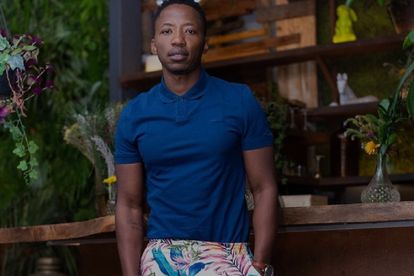 Andile Ncube is accused of swindling his stepfather’s family of their inheritance. Image via @andilencube/Instagram

Andile Ncube is accused of swindling his stepfather’s family of their inheritance. Image via @andilencube/Instagram

Radio and TV sports presenter Andile Ncube has reportedly rubbed his family up the wrong way. After appearing on the Netflix reality show Young, Famous and African, his stepbrother, Sphamandla Magubane (27) is breathing fire.

Sphamandla has accused the media personality of stealing the inheritance that their late father Elliot Magubane left for them in 2017.

ALSO READ: Diamond Platnumz shades Andile over Zari romance: ‘You snitched on me’

NCUBE HOSTS UNVEILING WITHOUT HIS STEPSIBLINGS

Following an episode on Young, Famous and African where Ncube is seen hosting a tombstone unveiling for his late stepfather, the Magubane family approached the media to expose him for allegedly hosting the event behind their backs.

In the episode, Ncube is heard speaking fondly of his late stepfather. During his speech, he even alludes to taking over as the head of the Magubane household.

“My dad was a remarkable man, he was an amazing man to myself, my siblings – he taught me to be the father I am today,” Ncube is heard saying on the show.

However, Magubane’s biological son claims that the Radio 2000 sports show host had no right to have their father’s graveside filmed – Isolezwe reports.

“We are shocked by Andile’s disrespect to go and film our father’s graveside without the family’s consent,” said Siphamandla.

According to Sphamandla, Ncube and his mother Nomsa Isabelle Chemane are swindling them of their inheritance. Chemane married Magubane in 2009.

Some of the inheritance includes three mansions and seven cars, including a Range Rover, which Ncube flaunts in the reality TV show. Other cars include another Range Rover, a Mazda 2, a BMW i7 series and two Datsun Go. The mansions are reportedly located in Birchleigh North, Birch Acres and Blue Gill Estate.

“On the show, he is flaunting my father’s assets and the house, which he illegally attained. Andile has no right to show my father’s house and exclude us from doing anything related to our father,” the stepbrother told Sunday World.

He also told the publication that after his dad died Chemane and Ncube told him to reapply for a position he already held in his father’s business. And before he knew it, he was denied access to the offices.

“I used to work with my dad in his businesses. Two weeks after my father died, they told me to come for an interview and reapply for my position. After the funeral, I got to the gate and found out they removed my biometric access from the estate,” Sphamandla explained.

More reports also suggest that the Hawks are investigating a case of fraud against Ncube and his mother.

“As of now, there is a fraud case being investigated by the Hawks, but I will not go into much detail about that. My father’s will clearly stated that his wife will inherit 5% and his biological children will get 95% of his inheritance,” Sphamandla added.