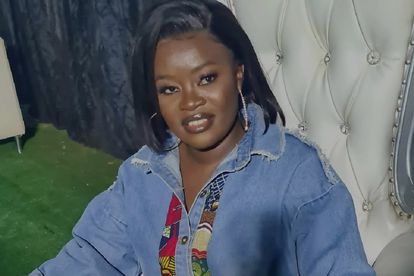 Maumela Mahuwa aka Susan from ‘Muvhango’ surprised fans with her rap game. Image via @iammaumela/Instagram

Maumela Mahuwa aka Susan from ‘Muvhango’ surprised fans with her rap game. Image via @iammaumela/Instagram

Actress Maumela Mahuwa’s rap game is surely one Mzansi did not see coming. The Muvhango actress – who plays the role of Susan on the SABC2 soap opera – is known to be a gospel musician…but a rapper?

FIRE BARS? YOU BE THE JUDGE

A video of the actress trying her hand at hip-hop surfaced on Twitter on Monday 28 March. The viral video actually surfaced on TikTok first before making its way to Twitter.

In the short clip, Maumela is seen moving her hands up and down as she delivers each line/bar like something out of a Gigi Lamayne or Faith Nketsi music video.

According to the actress and singer, the song titled, I Believe, was actually released in 2016. Speaking to TshisaLIVE about the viral clip, she said that she was shocked that it is only gaining traction now.

“If I remember correctly, the song was done six years ago, and I think the video we did was a quick thing. I wanted to release a single, so I thought that would be the best song to release first before I release my album. Then I went on to release another one called Yahweh a year later and that after I released an album, so I think the inspiration was ‘let’s motivate people’.”

She further highlighted that singing came before her acting career and she feels the video may have emerged because Muvhango viewers are curious about Susan.

“The more you listen to this song, the more it bangs,” another tweep wrote.

“Susan dumped Azwindini and started following her dreams. Indoda [a man] will pull you back,” said another tweep.