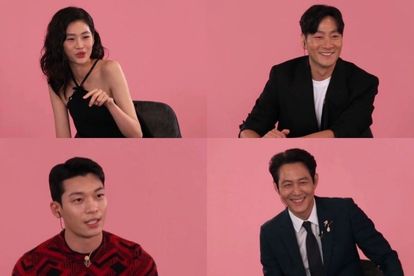 The cast of Squid Game have gone from relatively unknown actors to international superstars following the overnight success of the Netflix series.

And now they’re getting their first taste of Hollywood treatment after appearing on popular talk show The Tonight Show With Jimmy Fallon where they chatted about how the show has transformed their lives.

Asked what they believed made the show a resounding success, Wi Ha-joon claimed: “I definitely think part of the appeal is the Korean children’s games. That can be very original, refreshing and also shocking at the same time to the global viewers.

“I also feel like we did a good job expressing the human greed and the true human nature exposed through the games.”

Also read: ‘Squid Game’: Have we become desensitized to hyper-violence?

Lee Jung-jae revealed how he hilariously improvised several scenes in the series – including the one where he bumped into pick-pocketer Sae-byeok.

And Park Hae-soo – who recently became a first-time dad – revealed how his son, nicknamed “Baby Squid”, was born ten minutes before the show’s premiere!

“It was quite amazing because the premiere of Squid Game was at 4:00 p.m. KST and the first time I got to meet my son was at 3:50 pm. So he is my lucky charm and a bundle of blessings for me. My friends and many people around me call him, ‘Baby Squid.’”

“When we were in school, there were characters [in a textbook] The girl’s name is Younghee, she’s the one!” she said of the giant doll figure.

Meanwhile Jimmy Fallon took on his own Squid Game challenge, mimicking the honeycomb game that was featured in episode three.

Do you think he won or lost? Watch below to find out…

He also got the cast to participate in a few “schoolyard” games like “slapsie”, “rock, paper, scissors” and an egg and spoon race.

See how they fared below…