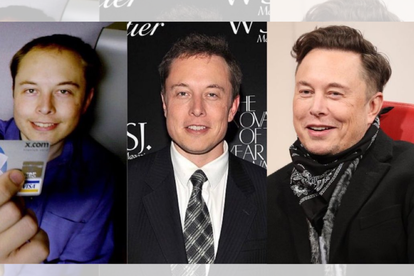 Elon Musk is Time’s Person of The Year. Image via Twitter: @
@teslaownersSV

Elon Musk is Time’s Person of The Year. Image via Twitter: @
@teslaownersSV

South African-born, US-based Elon Musk has just been named Times Magazine’s Person of The Year. Time magazine’s editor-in-chief Edward Felsenthal says Musk is one of few people who have had an influence on Earth.

‘Musk has spent a lifetime defying the haters; now, it seems, he’s finally in a position to put them in their place,’ writes Time magazine’s Edward Felsenthal about Elon Musk, the world’s wealthiest man.

On Monday, the magazine announced the Space X and Tesla founder as their Person of The Year for 2021.

According to the article, the 50-year-old “escaped a brutal childhood and overcame personal tragedy”. All of this while “bending” governments and industries to fulfill his ambition.

ALSO READ: Billionaire Elon Musk reveals why he left South Africa when he was 17

Earlier this year, Musk overtook Amazon founder Jeff Bezos to become the world’s wealthiest person. He has also been making strides in his efforts to explore space after his company Space X partnered with NASA on a number of missions.

“His goal is to make humanity a multi-planet species,” Time contributor and author Jeffrey Kluger said in the article.

Musk who has millions of followers on social media has made his plans to colonise Mars – and soon thereafter a number of other planets – very clear. And while making huge strides in this regard, Musk has also transformed the way people see electric vehicles.

“Our intent with Tesla was always that we would serve as an example to the car industry, and hope that they also make electric cars so that we can accelerate the transition to sustainable energy,” Musk told Time in an interview released with the Person of the Year announcement.

Time Person of the Year started in 1927 and seeks to recognise a person, group, movement, or idea that has had the most influence in the past year. CNN reports that winning the award does not necessarily mean honour and highlights that in 1938 Adolf Hitler was Person of The Year.

This must be why Musk’s Time article also highlights some of the billionaire’s shortcomings.

“Such cosmic ambition rarely comes without consequences, and Musk still must answer to earthly authorities. His companies have faced allegations of sexual harassment and poor working conditions; in October, a federal jury ordered Tesla to pay $137 million to a Black employee who accused the automaker of ignoring racial abuse,” an excerpt from the article reads.

Despite this, he is described as an individual who is “reshaping the world and beyond.”

ALSO READ: Behind the billions: Inside Errol Musk’s emerald mine, net worth & scandals