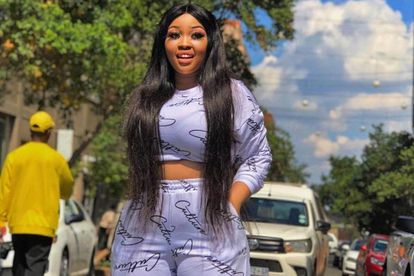 Mzansi is wondering who DJ Hlo is and how she won song of the year. Image via Twitter @MichaelBucwa

Mzansi is wondering who DJ Hlo is and how she won song of the year. Image via Twitter @MichaelBucwa

This is because the young DJ is relatively unknown and many South Africans didn’t even know her song before yesterday.

WHO IS DJ HLO?

Tweeps and celebrities, such as Sizwe Dhlomo, Kelly Khumalo and Sol Phenduka, are still wondering how DJ Hlo won Ukhozi FM’s song of the year.

Hlosiwe Mthalane who is also known as DJ Hlo is a Durban-based Amapiano DJ and UKZN graduate.

Mzansi is still wondering who she is and how she won when her song was relatively unknown to many South Africans.

The 24-year-old DJ’s song, Isbani, came out tops much to the confusion of many South Africans.

UKHOZI FM SONG OF THE YEAR

The KwaZulu-Natal-based radio station Ukhozi FM ringed in the new song that no one seems to know.

Tweeps are still confused as to who this young DJ is as popular musicians usually win the category.

According to the station, Isbani received 214,966 votes overall, while Wena Nkosi by Jumbo came in second with 141,647 votes and Uthando Lwami by Ama Siblings featuring DJ Mngadi came in third.

Also read:Dropping beats and raking in the green: Who is Mzansi’s highest paid DJs?

“This song barely had 35k views on YouTube at midnight on New Year. “

“That song is at over 200k views right now on YouTube but at midnight it was at 35k. People who think this is an organic win are honestly just gullible. ”

“That thing has voting doping written all over it. Are you really the people’s champ of you buy votes? “

“Couldn’t agree more. A song can’t be popular on radio and be virtually unknown on YouTube. “

“People go there to watch videos of songs they’ve heard on the radio.”

“She played at the Nkandla picnic last week at a time when brands don’t wanna be associated with Jacob Zuma so RET/Zuma supporters voted. “

“Sthembiso Mngoma also mobilised his hundreds of followers to vote and we voted for her in support of Sthe and JZ.”

“Khozi FM needs to change their voting criteria as they are seriously losing credibility.”

“Maybe the people’s votes can count 50% and the rest must come from sales/streams from major digital platforms, YouTube views, and airplay. This is a joke now.”